Volkswagen has garnered considerable attention lately. As you probably already know, the company manipulated the computer systems on various car models to effectively trick emissions detectors into thinking the cars emitted fewer pollutants than they actually were. Obviously this has caused quite a scandal for the company. Lately, many Volkswagen owners have stopped in to ask questions about how they are affected by this issue. Continue reading as your Volkswagen repair shop in Conway, AR answers your questions about the emissions controversy.

Which VW and Audi models are affected?

The affected cars are Volkswagen and Audi models powered with two-liter, turbocharged diesel engines, starting with 2009 and continuing to 2015 models. More specifically, the affected vehicles are the VW Jetta TDI, the VW Beetle TDI, the VW Golf TDI and VW Passat TDI for 2014 and 2015. The Audi A3 TDI is also included.

Should owners of the affected vehicles be scared to drive their cars?

Simply put, no, there is nothing you need to worry about. The vehicles are both safe and legal to drive. The EPA says there is no immediate action required of owners at this time. More importantly, this controversy, while it does have serious environmental implications, does not have any effect on the safety of the vehicle.

What if I need an emissions check?

The legal process to resolve this controversy will probably take a little while. No recalls or resolutions have yet come into action. As a result, you should continue with emission checks as scheduled until further action is taken. Volkswagen and Audi owners will most likely be notified when the company and the government have determined how to resolve the situation.

For right now it is pretty likely that your car has a slightly lower resale value, simply because the controversy is still relatively recent, and more importantly, there is no official resolution yet. The future resale value will probably depend on what types of modifications are necessary to resolve the emissions issue. Chances are, once the modifications are complete and this controversy seems like yesterday’s news, resale values will return to normal.

Will this cost me money?

Again, the specific details on how to resolve this controversy are not yet known. However, from the initial details that have been released, car owners will not have to spend any money themselves in order to fix the emissions problem. Volkswagen will probably have to pay for any modifications or replacements necessary to resolve this issue.

What will happen to the cars’ fuel economy and acceleration once they’re fixed?

If Volkswagen decides to bring the cars into compliance by reprogramming the engine control unit so the cars are always operating with full emissions controls, both the acceleration and the fuel economy of the car are likely to suffer. There are options they may pursue which would result in less impact on fuel economy and acceleration. Once again, it is difficult to answer this question without fully understanding how Volkswagen intends to fix this problem.

If you have any other questions regarding this controversy, or if you’re just in need of Volkswagen repairs or maintenance, stop into your local Volkswagen repair shop in Conway, AR, Riverdale Automotive, and our team will provide the assistance you need. 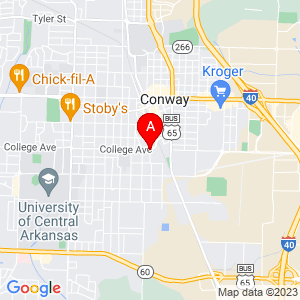